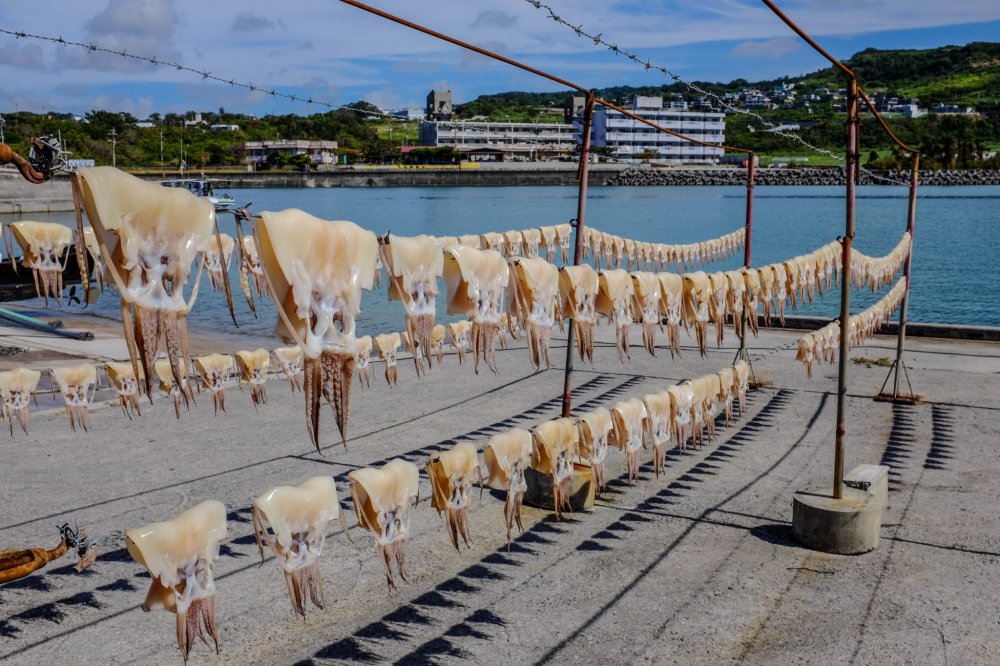 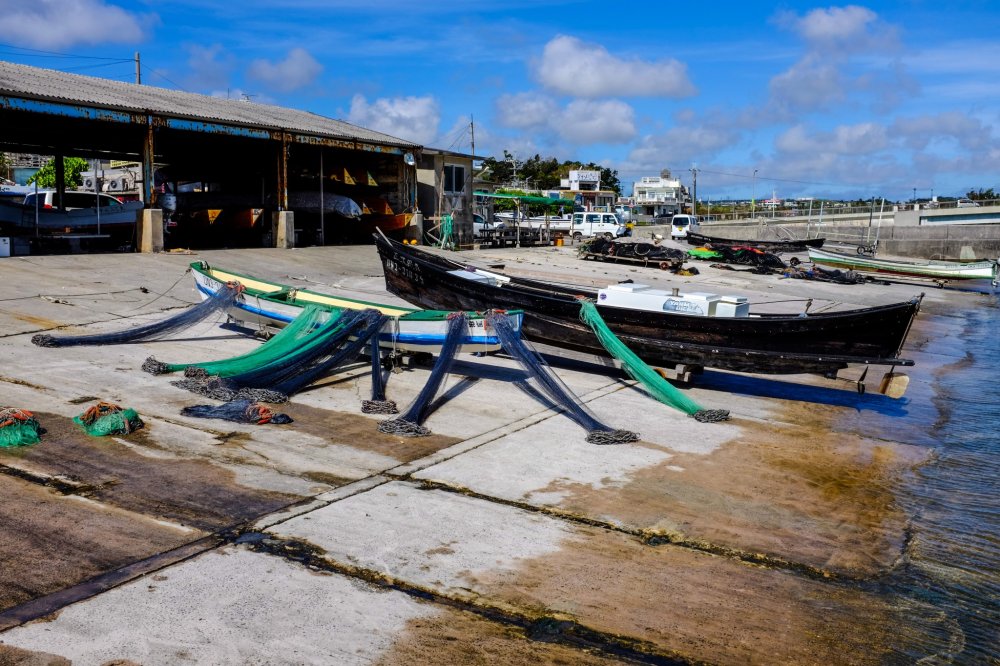 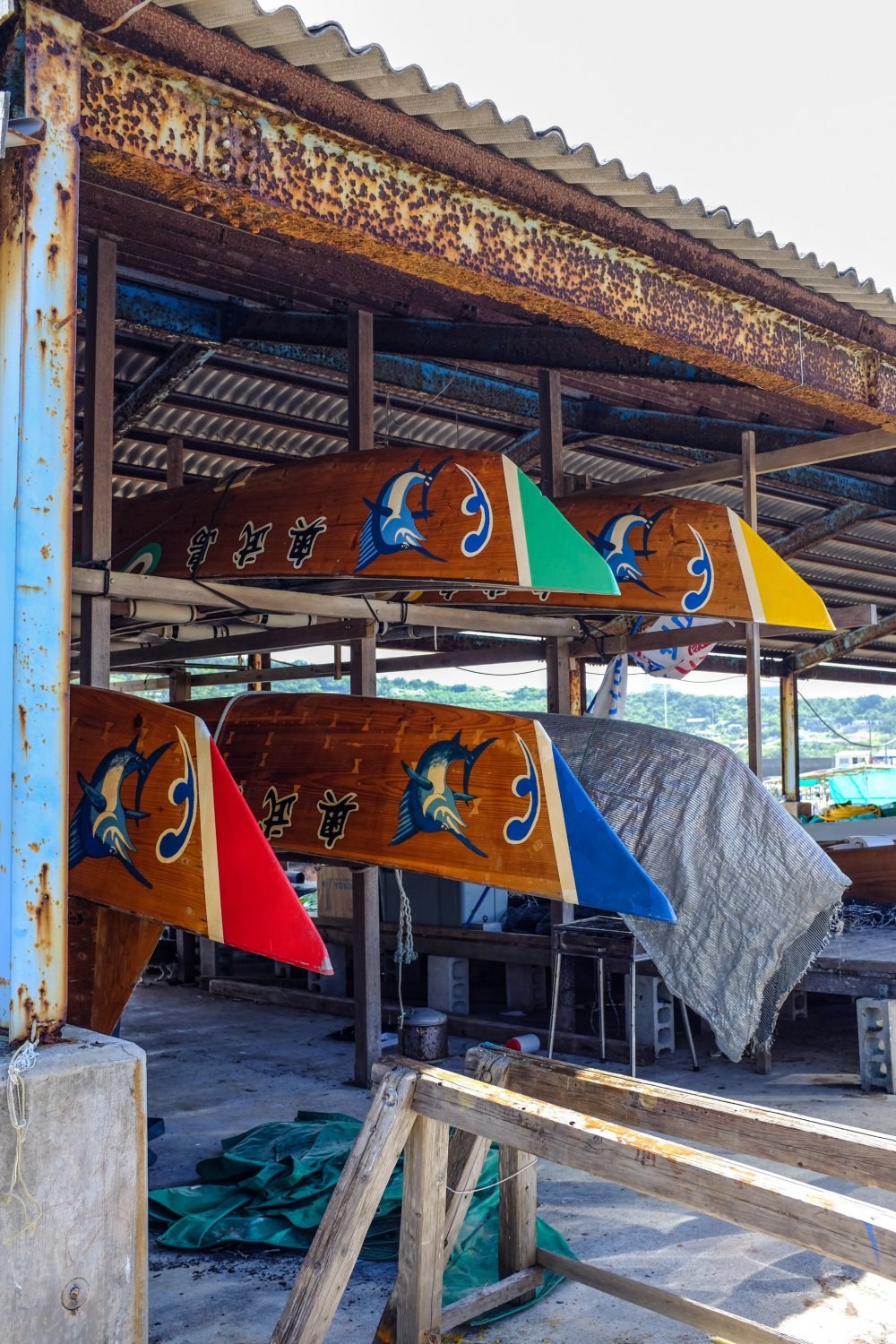 Boats in storage for the annual Ou-jima Haarii boat race 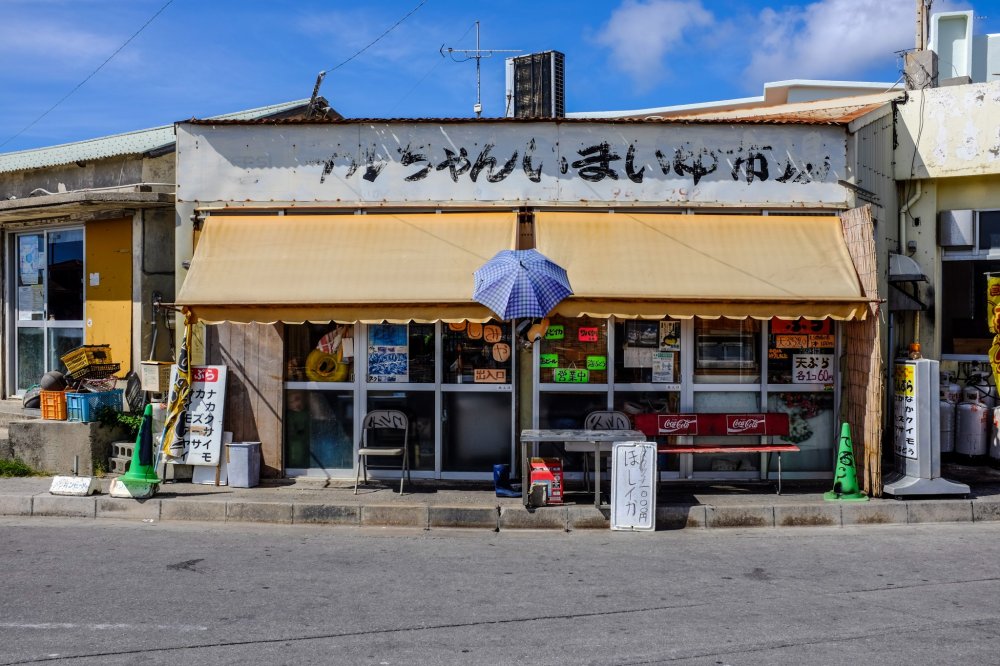 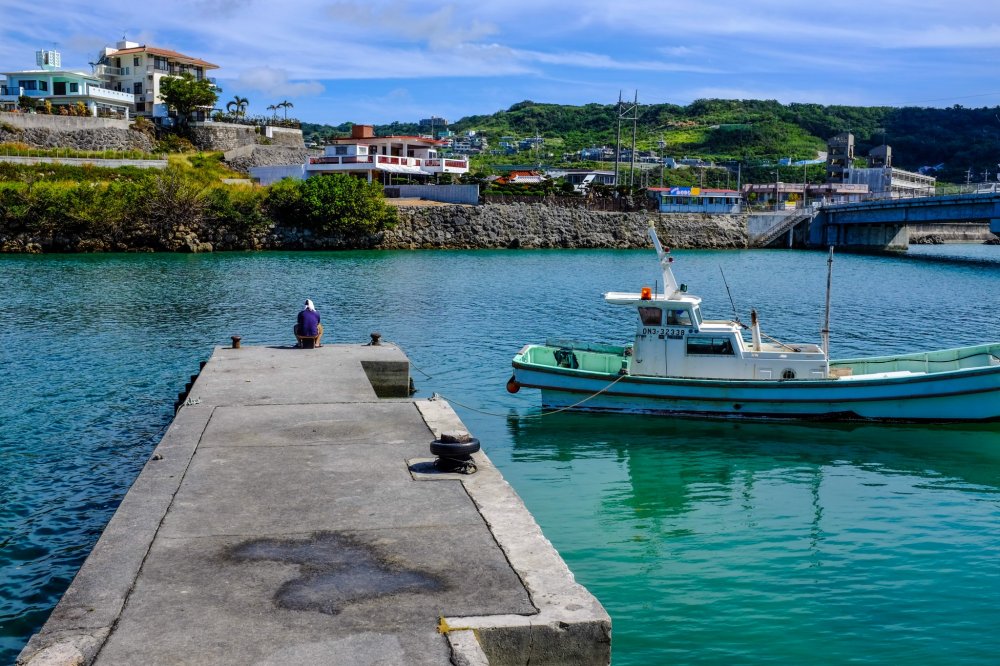 The fishing never ends for some on Ou-jima 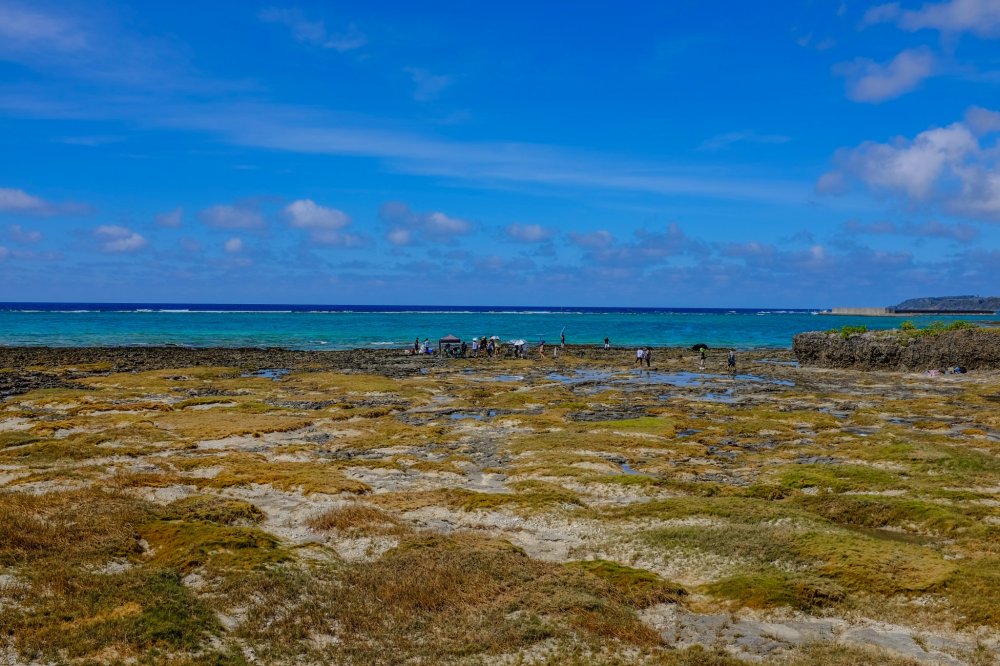 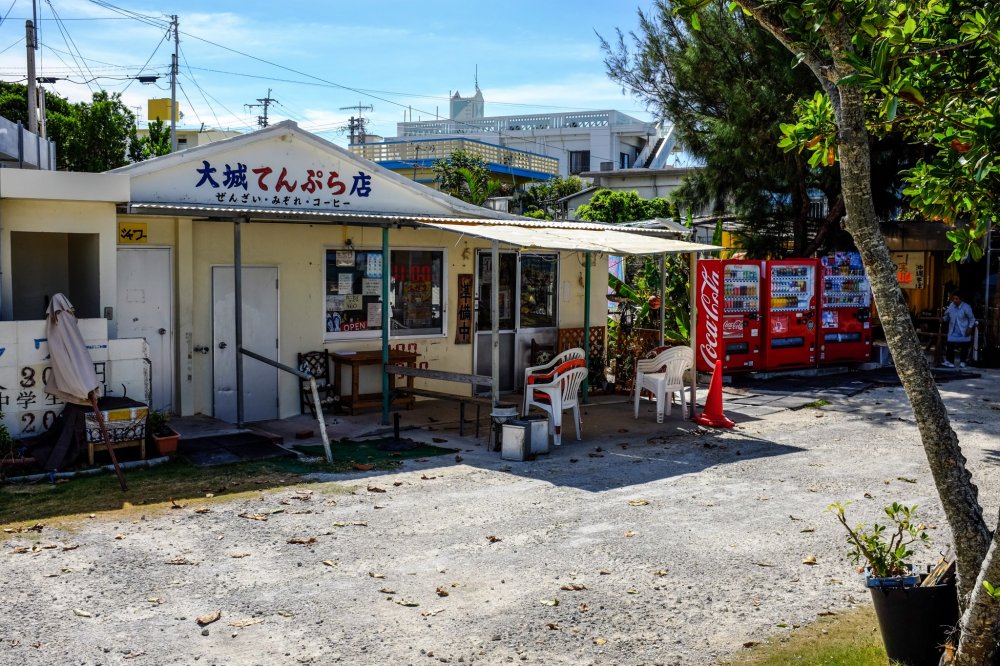 Tiny restaurants are scattered around the island 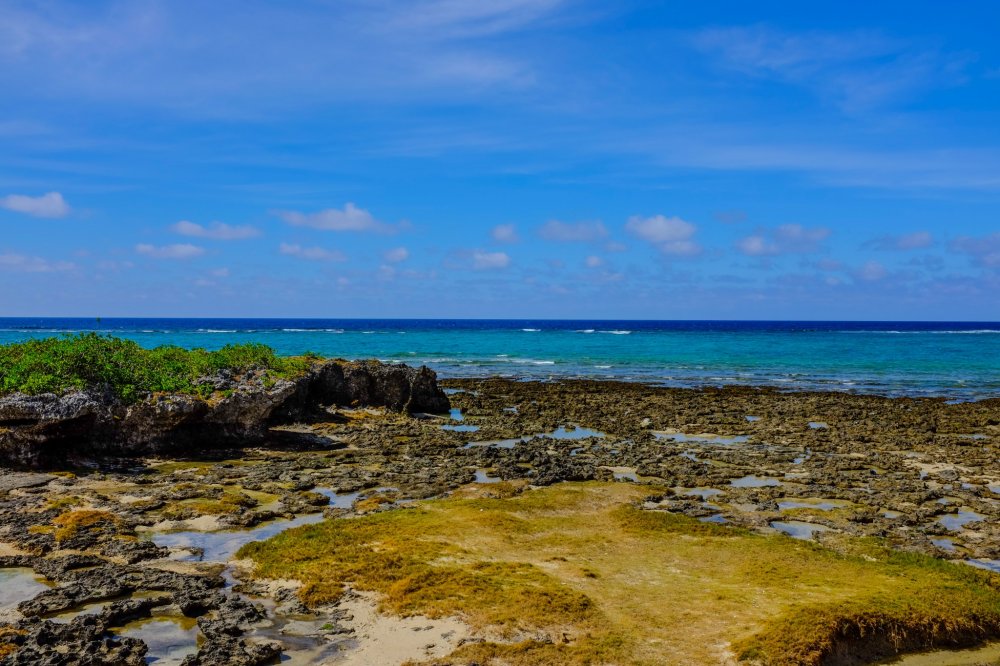 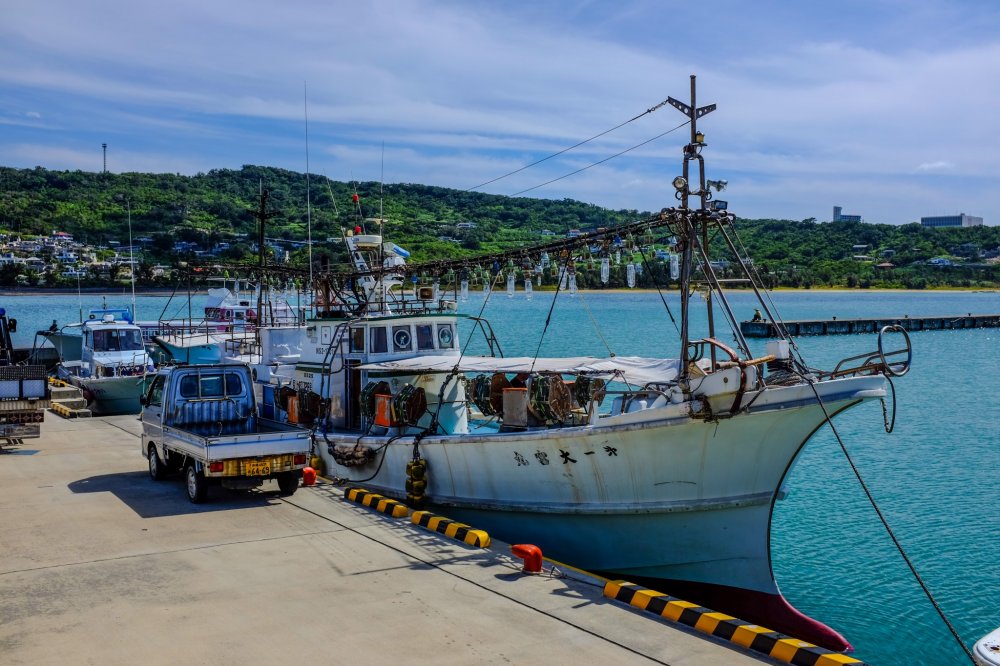 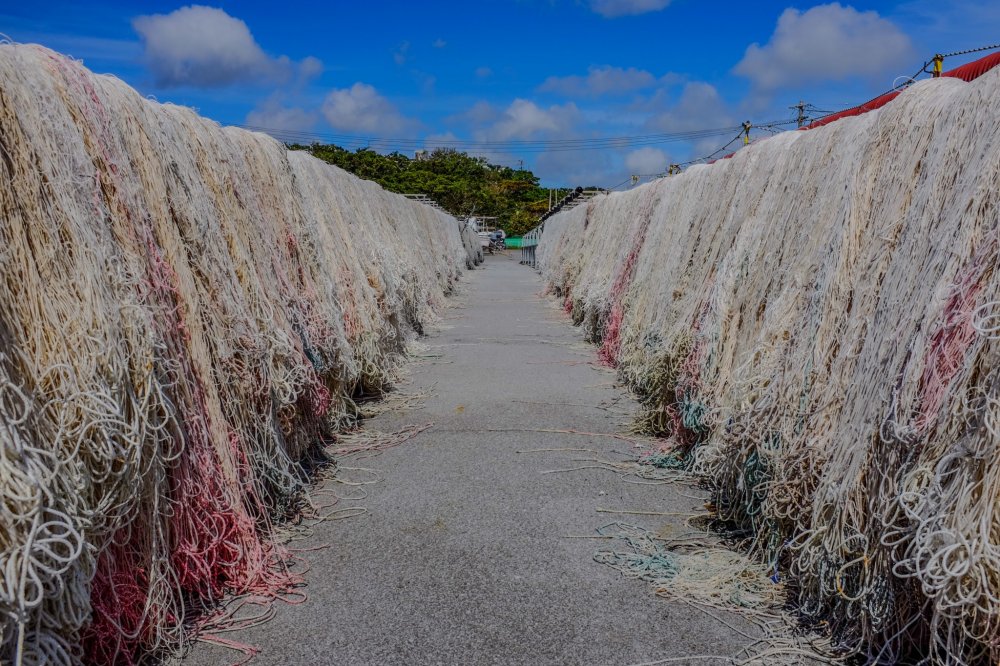 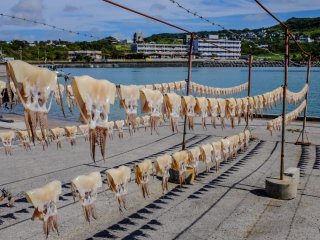 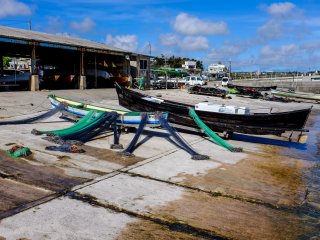 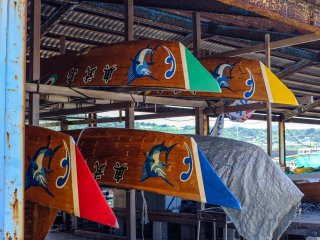 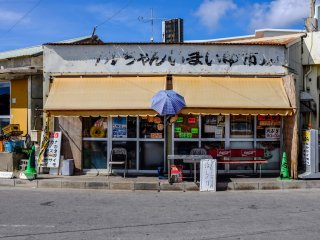 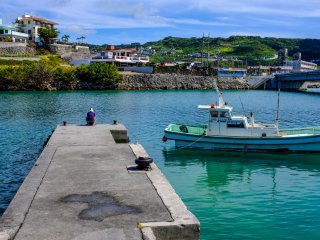 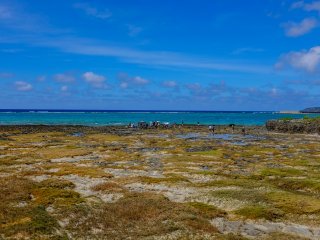 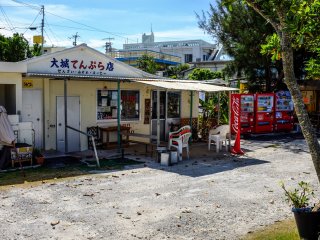 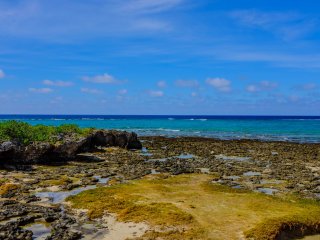 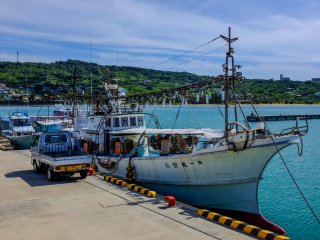 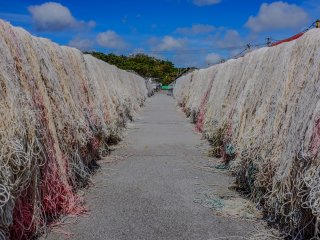 Ou-jima (Ou Island) is a tiny fishing village located in Tamagusuksu Village, a neighborhood of Nanjo City in southern Okinawa. The island itself is very small, and will only take you a few minutes to drive around its perimeter, making it the perfect place to park the car and walk instead. It's not uncommon to see hundreds of fresh squid drying in the sun and fishermen preparing their morning's catch. I've also been told that Ou-jima is famous for its tempura, with locals lining up out the door of small restaurants in the hopes to get the freshest local specialty. Unfortunately I visited quite early in the morning so I missed out on the tempura, but had an enjoyable time strolling around the fishing port. Ou-jima is also the location of the annual Ou Jima Haarii boat race held each June. Ou-jima can be accessed off Route 331, approximately 30 minutes SE of Naha.

A little while ago i began exploring the world. I started in Japan, and after 29 countries of amazing adventures, i find myself back in Japan fully absorbed in its culture, its people and its beauty.

Chris Barnes Photographer 4 years ago
Tastes even better while enjoying a beer ;)
Reply
2 comments in total

Chris Barnes Photographer 4 years ago
Tastes even better while enjoying a beer ;)
Reply
2 comments in total