An electric mix in an bewitching setting

I wonder what Hiromi’s grandmother would have made of this. Generations of Okinawan wisdom, which dictates the pairing of pork belly with daikon radish, was being cast aside. The digestive qualities of the radish were meant to offset the heaviness of the pork, ideas that were around long before scientists started to brand Okinawa as the home of the longevity diet. Instead, the pork belly was paired with sweet potatoes. Did the chef wanted to add colour to the dish, or to make it more accessible to an audience that was used to fusion cuisine that knocked out all the rough edges from the indigenous diet? In any case, for a cosmopolitan generation that grew up with wasabi mashed potatoes and beef cheeks, it was an ideal pairing, with the choice of the miso sauce adding complexity and flavour to both the pork and sweet potatoes.

The second surprise of the lunch menu was the excitement generated by the vegetables. At a time when a luxurious meal was justified by the best quality beef or jidori chicken, it was the humble Renkon or lotus root that stole the show. Thinly sliced with a delicate crunch, it was dressed in a white sesame relish, with a dance of sweet and savoury tastes.

I was also delighted by the vinegar and seaweed, with just the right amount of tang without being too sour. While normally served as a starter they have creatively re-purposed it as a palette cleanser in between courses.

For meat lovers, the other main was the herb-seasoned Okinawan chicken which was deliciously grilled with a slight charred Unami taste, approaching jidori like levels in taste and texture.

This is Okinawan and Tokyo fusion cuisine served kaiseki style with some modern flourishes.

On the other hand, the scenery from every table is a showstopper. Perched on a cliff top, the uninterrupted views were as good as the food, if not better. Having the theatre of watching the emotions of nature and man outside whilst dining was a decidedly unusual element for a Japanese restaurant.

Traditionally, a Kaiseki banquet is eaten in the calmness of a tatami room, with minimal ornamentation and still portraits of mountains and gardens in the background to aid mindfulness, one that is best taken in by meditating on every morsel. It was just as well we could pay attention to the meal by sitting inside on a tempestuous afternoon, though the panoramic floor to ceiling windows lets the seascape and clouds in, with views of a rocking fishing boat as mesmerising as the lotus root and pork belly slowed cooked for five hours to bring out all the goodness.

At a time when Okinawan identity is under threat, the restaurant tries to introduce elements of its unique cuisine, in a way that locals and visitors may not have thought of. This is an accolade to their creativity and flair, though the dessert of mochi rice cakes and fruit may be too simple for modern critics. On the other hand, the elements of the sea, as showcased in its shellfish and the ever present ocean views outside, is their way to awaken and reinvent Okinawan cuisine to locals and visitors alike.

Gazing at the solitary fishing boat outside, it is not hard to imagine the brave seafarers in the 14th century, venturing in small sailing ships to as far as Fuzhou, Java and Siam, bringing back items like the sweet potato which is now a quintessential element of the Okinawan diet.

After the meal, take a stroll in the limestone rock garden with ancient rotund statues that are distinctly different to those found in Kyoto or Tokyo, giving an earthly Ryukyu element in both material and design.

This restaurant is best reached by car. From Naha Airport, take the  Tomigusuku East Road / Naha Airport Expressway, and get off at the Haebaru South Interchange. You then take the Prefecture Route 48 and Japan National Route 331 toward Nanjo City.  The trip takes 35 minutes.

I knew my future was destined to be with Japan the moment I flew from Sydney to experience the atmospheric lane ways of Kyoto last century. From the skies above Sapporo to the old charm of Naha's alleyways, I have been enchanted by the beauty and variety on every island. I am humbled to have met many distinguished people in my role as Regional Partner, especially the national living treasures of Japan, such as the doll maker to the Imperial Family. From sushi cooking classes to Ninja training grounds I welcome your ideas on what you like from JapanTravel.com. Please visit us in Kyoto or Osaka and have some green tea or sake with us. 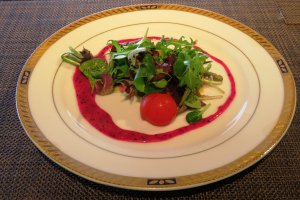 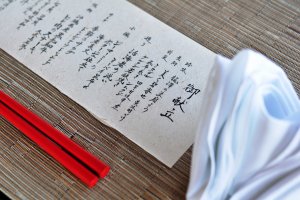 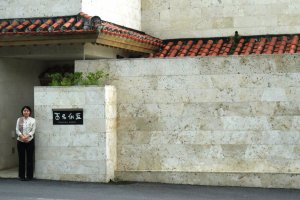 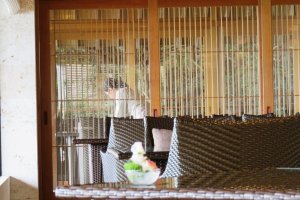