The origin on industrial steel making in Japan

The Kamaishi Iron and Steel Museum along with the Hashino Iron Mining and Smelting Site represent the beginning of industrial iron and steel making in Japan. The Hashino Smelting site is where the first modern blast furnace was built in 1858. It was included in the Unesco World Heritage list of important historical sites in 2015.

The Kamaishi Iron and Steel Museum documents the origin of iron and steel making in Japan. Iron and steel making had been done before the Meiji Revolution but was done on a much smaller scale and the quality of steel was much lower. To make higher quality steel, a blast furnace or a smelting plant is essential. The Hashino site is where the first blast furnaces were built. The founder, Takato Oshima, studied metallurgy in Japan and later traveled to Germany to learn how to build blast furnaces and improve Japan's steel making processes. You can see a short video, in Japanese or English, explaining the early process at the Hashino site. A little note, the Hashino site is about 30 kilometers from the museum, keep that in mind when planning your trip.

To our surprised, we were greeted by Teruhiro Oshima, the grandson of Takato Oshima, upon entering the iron and steel museum. He is now the Honorary Director of the Museum. He gave us a quick tour of the museum and explained about the history of iron and steel making in Japan. In the entrance of the museum, there is a small classroom where people can learn how to cast their own mini souvenirs out of tin. On the left is a theater with a replica of the first blast furnace, they have a 10 minute show depicting how steel was made at the Hashino site.

A little further, we can see a wooden compressor used to blow air into the furnace to make it hotter. It's a very rudimentary in design but it worked and was much more efficient than anything else at the time. There are a lot of other artifacts of early steel making tools and instruments. You'll also see a lot of examples of how steel is used in modern equipment and construction. They have a few pieces of iron ore as well to demonstrate how high the iron content is, 60%, they have a magnet that sticks to the rock. That's quite amazing, imaging if gold came in such a high concentration!

The second floor is dedicated to more modern steel making and its various uses in recent times. The view from the second floor is quite impressive, we can see the Kamaishi Harbour and the Big Kannon overlooking the bay.

To get there, you'll probably be coming from Hanamaki, They have almost finished building the highway to Kamaishi, there's only a short section to be completed in Tono. In Kamaishi, follow Route 283 to Route 45, the coastal road, then head south. The museum is less than a kilometer at the top of the hill on the right. From Ofunato; follow Route 45 until just before Kamaishi and look for the sign at the top of the hill. 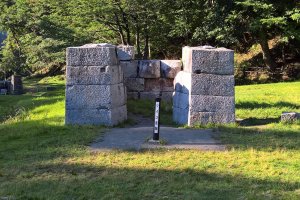 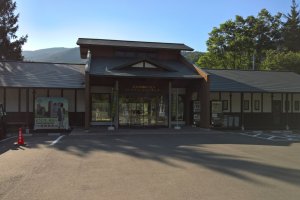 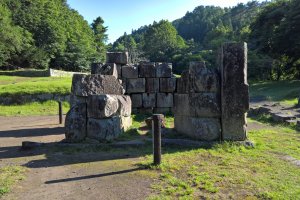 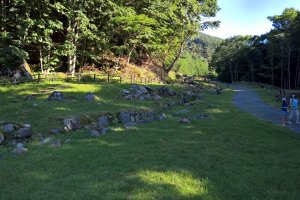 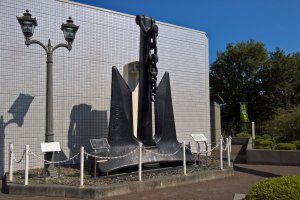 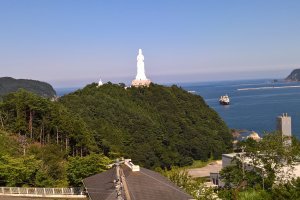 Malcome Larcens Author 3 years ago
The highway saves a lot of time, it took me only 1 hour and 20 minutes from Hanamaki, it used to take almost 3 hours. Alternatively the old road is faster now that nobody uses it. Last month we saw a Golden Eagle while cycling through, it was so amazing!
Reply Show all 0 replies