Kamaishi by the Sea

A good place for great seafood and sight seeing

Kamaishi is located halfway in the middle of what is called the Sanrik​u coast on the Pacific. Sanriku (meaning 3 lands) includes Miyagi, Iwate and Aomori. It was in the news after the Great East Japan Earthquake but I want to talk about the beauty of the Sanriku coast. With last week's announcement of the city being chosen as one of the venues for the 2019 Rugby World Cup and the 4 year anniversary of the Great East Japan Earthquake. It's a good time to tell you a little more about this beautiful city by the sea.

If any word could describe Kamaishi it would probably have to be resilience. Kamaishi has survived 3 large tsunamis in the last 100 years or so in 1896, 1933 and 2011. With that in mind they developed a philosophy of survival called "Tendenko", that means each person is responsible for itself, that practice was credited for the low casualty rate in the last tsunami. It was also one of the first cities to be bombed during World War ll due to their large ship building facilities. After each crisis, it has rebuilt itself stronger.

The effects of the 2011 tsunami are still everywhere but I noticed a lot of changes from my previous visit less than a year ago. What has made Kamaishi different from most other coastal towns in the area was the discovery of iron deposits in the late 1800s. Soon after they started to make steel, it grew to be one of the biggest steel and ship building town in the country. So steel plays an important part in its modern history. Along with the strong steel industry came a strong rugby legacy.

Despite its small population their team (Nippon Steel Corporation) was national champions for 7 years straight in the 1980s, today they are still a top ranked team in Japan under the new name of Kamaishi Seawaves. As mentioned in the opening, Kamaishi will be one of 12 cities to host the 2019 Rugby World Cup. The steel industry is still a major source of employment for the residents along with fishing, in the last 10 years or so they also started promoted Eco-tourism as a sustainable industry.

Some of the attractions in Kamaishi are the Big Kannon on the south part of the city, the steel museum, the old iron mines, beaches north of the city not to forget the fresh seafood and many restaurants. One small feature of the beaches on the Sanriku coast that struck me the first time I went there is all the shiny parts in the sand, if you take a handful and look at it closely you'll see shiny golden grains in it, fool's gold.

To get to Kamaishi your best option is from Hanamaki. If you're coming by bullet train you can take the Kamaishi Line right next to Shin-Hanamaki station. Check the schedule, as there aren't many trains each day. Another option is by car also from Hanamaki. There is a newly constructed highway from Hanamaki to Miyamori and from Tono to Kamaishi is the Sennin Toge tunnel, about 10 kilometers long, it's actually 4 tunnels and it saves about 30 minutes getting there. If you want a scenic route take route 283 from Hanamaki, it's a windy and narrow but you should try it at least once, the traffic is greatly reduced since they opened the highway last year, very beautiful in fall. The airport for Iwate is also located in Hanamaki. 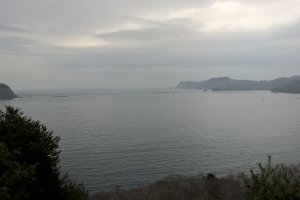 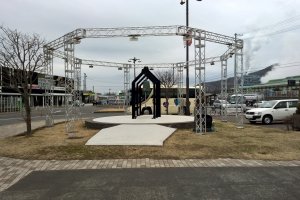 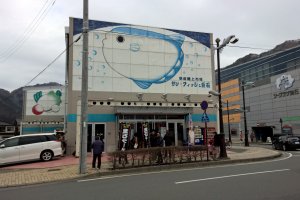 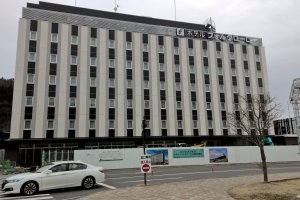 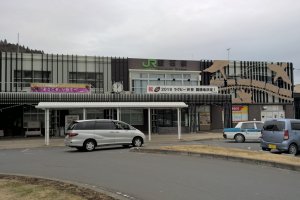 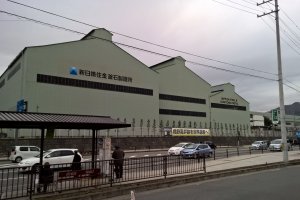 Barry Cantin 4 years ago
I was here again in February (2015). Finally got to visit - and climb - the Daikannon. Thrilled to see the new Aeon Mall! As far as getting to Kamaishi from Shin-Hanamaki, I would definitely recommend taking the JR Kamaishi Line. The views are breathtaking and you can't see many of em by cat. If you're in a hurry, Sennin-Toge Road is the way to go. My favorite car trip, though, is Route 283 - winding and very interesting in the winter. I forget the Japanese name for this road but it has something to do with a flute. GREAT restaurants here, the freshest seafood you'll ever find (and I am from Louisiana!). Great article, thanks for writing something so nice about my home away from home!
Reply Show all 1 replies

Justin Velgus 4 years ago
I was just thinking of here the other day. I wasn't able to visit during my trip to Iwate last summer. I hope to next time ;D
Reply Show all 0 replies

JapanTravel Guest 4 years ago
A nice educational article with some good pictures!
Reply Show all 0 replies
4 comments in total