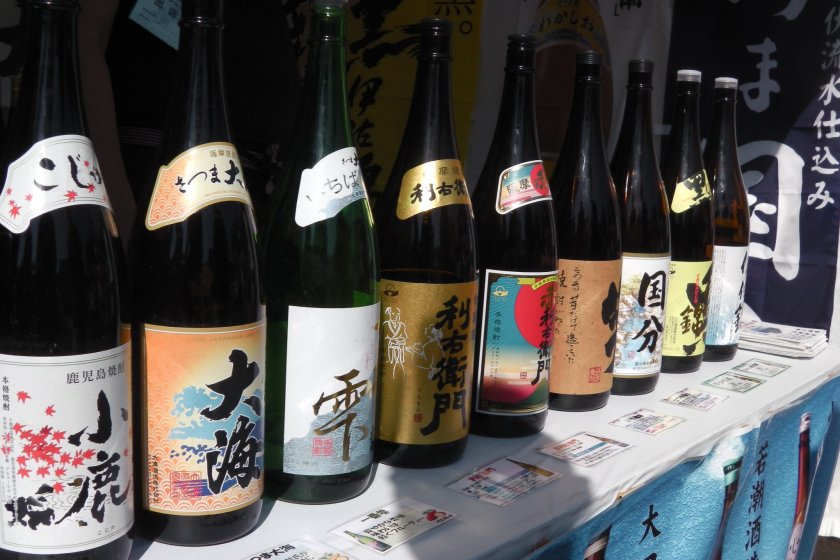 Tell some Japanese people that you traveled to another prefecture, and their first question will likely not be "What did you do there?" but instead, "What did you eat there?"

To make matters more confusing, there are actually correct and incorrect answers to this question.

The concept of traveling for food is very much a part of Japan's culture, which is supported by the clear differentiation of food by region. Each region and prefecture has a distinctive cuisine that is well-known across the country. You might have spent weeks visiting historical sites, taking in breathtaking scenery, and exploring the twists and turns of little local neighborhoods, but if you didn't happen to eat the raw fish intestines that the prefecture is known for, people will shake their heads and wonder why you even bothered.

The Tokyo Food Education Fair will let you make up for it. It's an annual festival held in Tokyo's Yoyogi Park that features food vendors from every prefecture across the country. If the fish intestines aren't your style, never fear, because there are plenty of mouth-watering delicacies there that make you wish you had two stomachs to fill. Not being anything near an expert on regional Japanese cuisine myself, the festival was an absolute treat to wander around for the afternoon, nibbling and sampling and comparing. Many vendors were offering free samples of their food and drinks, spanning from desserts to sweets, fried meat, smoothies and sake. Whether your taste buds crave spicy ramen or fresh vegetables, there is food here to appeal to everyone.

As you can guess from its name, the fair is centered around food education. The permanent stage has a full schedule of events and programs, which in 2013 ranged from lessons on table manners to presentations on nutrition to cooking demonstrations. Big, fuzzy characters representing the mascots of different Japanese prefectures wandered around greeting people, and there was an appearance by the superhero Ultraman for the kids. There was even a live cow that people could try their hand at milking (and whatever prefecture sponsored it, it was certainly not Tokyo, to be sure). If all that sounds a bit much, never fear. The formal programs can be easily ignored so that you can focus your time on the unending rows of delicious food.

The Tokyo Food Education Fair is held on a Saturday and Sunday in mid-October. The 7th edition of this annual fair was held in 2013. Entry to the event is free. It is held in the event square near the permanent stage in Tokyo’s Yoyogi Park, near the NHK building. It is about a 5 minute walk from Harajuku Station (JR Yamanote Line) or Meiji-jingu-mae Station (Chiyoda Line), and a 10 minute walk from Yoyogi-hachiman Station (Odakyu Line). 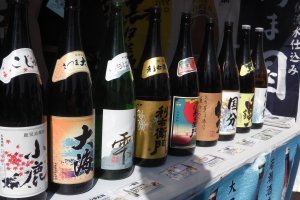 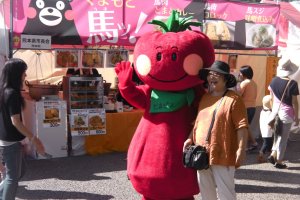 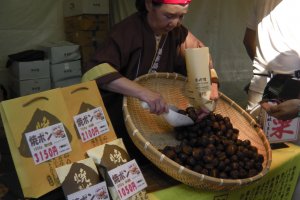 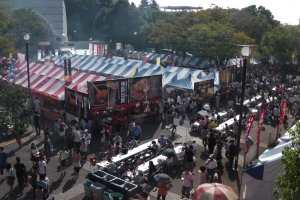 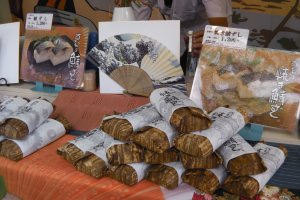 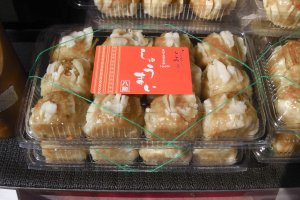