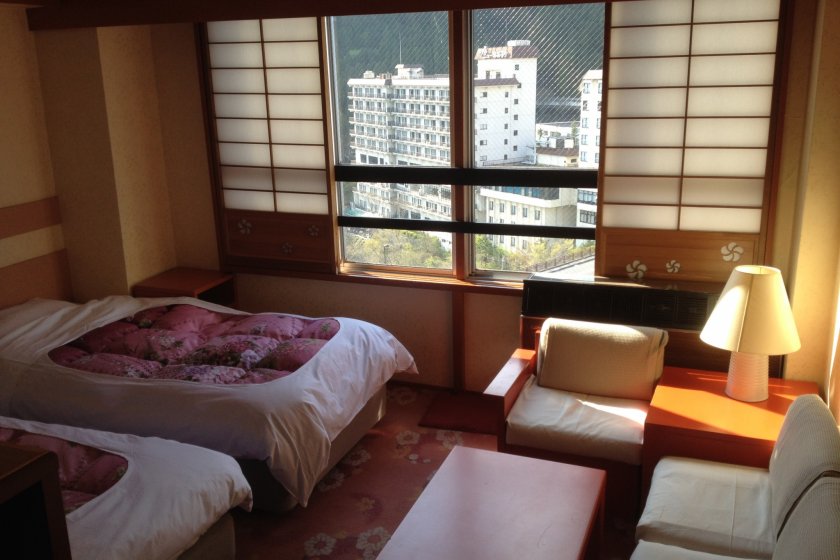 An Elegant and Expansive Hotel on the Kinugawa River

Although the hotel scene in the onsen town of Kinugawa was hit relatively hard by the economic recession of 2007, the strongest and best institutions have kept on, and visiting the Kinugawa Park Hotel it becomes immediately clear how the place managed to weather such tough times with relative ease. A stone’s throw from the JR Kinugawaonsen Station, Park Hotel is slightly removed from the stretch of accommodations that lines the River, tucked away behind a landscaped garden. The garden is not just for show either; the grounds of the Park are extensive—with four buildings and several baths, both private and public, the Park hotel lives up to its name.

Although they don’t speak much English, the staff at the Park Hotel is extremely polite and accommodating. Upon entering a team of elderly women in kimono welcome you with a traditional greeting and a bow, and after getting you checked in one of them will porter you to your room, where you are served green tea and familiarized with the particulars of your room. Check in consists of an orientation of the grounds and a registration of your meal preferences—with both breakfast and dinner being served daily by the hotel at your convenience.

There are two places where the complimentary meals are served—a restaurant and a ‘banquet hall’. The dinner I received the night I checked in was beautiful, as was every service thereafter. The same kimono clad grandmothers supplied me with a tiny skillet, some butter, and several meats and vegetables to do with as I saw fit (which, incidentally, was to fry them to perfection and hungrily gobble them down). This main, accompanied by rice and miso, was prefaced by six or so little appetizers and a sashimi plate, and for dessert of a tiny strawberry cake and green tea custard. It was the kind of service and quality I would expect from a top notch restaurant, and it was a privelege to be afforded in twice every day between dips in the scalding, cleansing waters of the hotel's hotsprings.

But beyond baths and breakfasts, the Park Hotel has a ramen shop, a gift shop, a bar (with karaoke), a craft shop with calligraphy workshops, a back garden, a massage parlor, and goodness knows what else I didn't get to see during my short three night stay there.

As for the rooms, mine was clean, spacious, and beautifully decorated. Apparently they style each room according to a flower, using the pallet and pattern of that bloom to characterize the space. I unforunately forgot to ask what flower came to define my room, but it possessed an easy grace that made it feel more like a sanctuary than just a resting place, a calm and composure that came to characterize my stay there and one I feel is just as representative of its charms.

With so many facilities, Kinugawa Park has something for everyone. There are Western rooms, traditional Japanese rooms, combinations of the two, and food offerings and bath types for every taste. It is one of the best experiences I have had staying at a hotel of any kind anywhere, and I would recommend it to anyone.

Hey everyone! I'm a current student at Columbia University in New York taking a year off to gain work experience, practice my writing, and do some exploring. I'm currently at the tail end of a three month stint in Japan-- spent mostly in Asakusa, Tokyo. I decided to come to Japan to practice my Japanese language skills and immerse myself in Japanese culture, which I've been a fan of as long as I can remember. My two favorite things about Tokyo are probably the food and the architecture-- you just can't go wrong with either! I love to wander the streets and alleyways looking for new and exciting hidden places... the more you look the more you find. 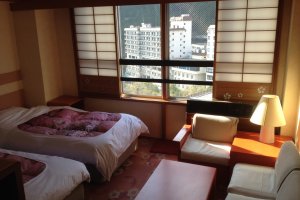 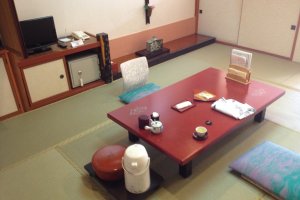 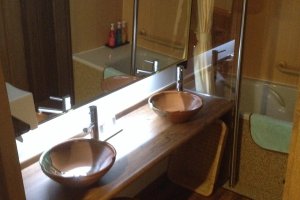 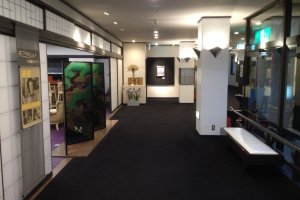 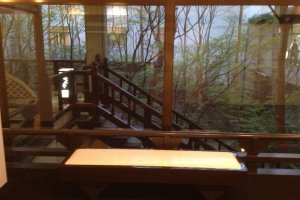 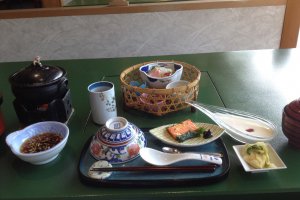