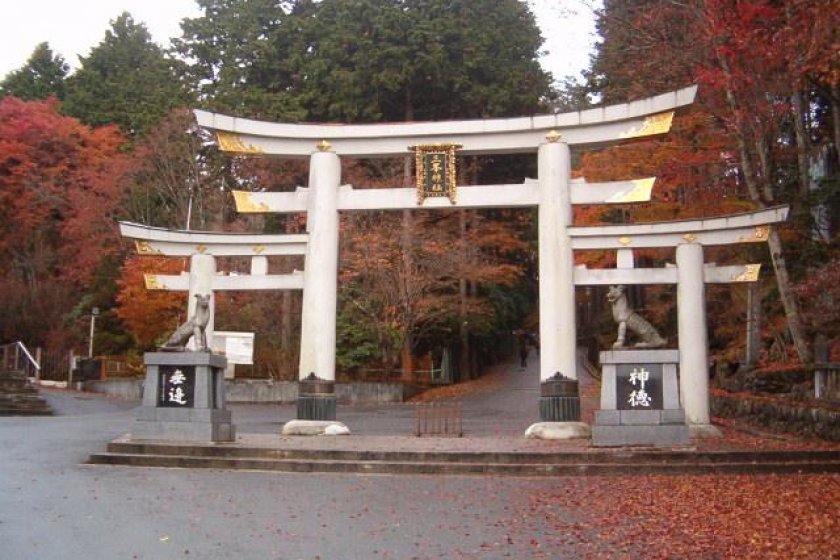 A Mountain Shrine with Breathtaking Views and Scenery

The Chichibu area of Saitama is most commonly associated with hiking, rafting, and camping, and with good reason.

The Chichibu-Tama-Kai national park is the perfect place to get away from it all, and into the great outdoors, and is not too far from Tokyo (if you’re willing to wake up early enough). But, don’t let ease of access to outdoor activities make you forget that there is also some incredible sightseeing to be had in the same area.

One of these spots is centered on the Mitsumine Shrine (三峯神社), a beautiful mountain shrine with a spectacular view.

The shrine sits atop Mount Mitsumine, and covers an area near the mountaintop. The primary deities worshipped here are Izanagi and Izanami, two gods with primary roles in the Japanese creation myth. Mitsumine Shrine is also significant in its clear demonstration of wolf worship.  Wolves and mountain dogs were frequently worshipped in mountain Shinto shrines, and this is clearly evident in the many statues and depictions of wolves in and around the wider area. The shrine itself is brilliant and beautifully decorated – so do not forget your camera.

According to tradition, the shrine was built by the legendary Prince Yamato Takeru, a figure whose actual existence is somewhat debated, but he is traditionally believed to having lived in the 4th century A.D. as a son of the 12th Emperor of Japan.  These same traditions claim Yamato Takeru was a great unifier whose adventures are captured in many Japanese folktales. As such, he is honored by a large statue near the shrine (pictured).

The shrine also has its own hot spring source (onsen) which you can enjoy for just ¥500, and which could serve as the perfect ending to a long day of hiking.  There is also a restaurant near the bus stop, which features Japanese-style seating and a breathtaking mountain view. For the particularly energetic a number of excellent hiking trails connect the Mitsumine Shrine area with other areas nearby, themselves providing for some excellent scenic views, but do take care if embarking on the hiking trails in the area during winter, as they can be quite hazardous during the colder months.

In terms of access, getting to Mitsumine Shrine requires a bus ride from Seibu-Chichibu Station or Chichibu Station, (both best accessed from Ikebukuro Station in Tokyo) but buses to and from the shrine can come rather infrequently, so be sure to check timetables ahead of time. 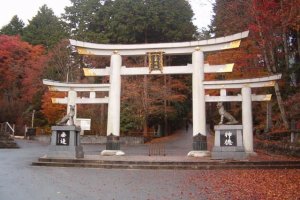 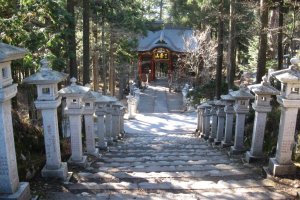 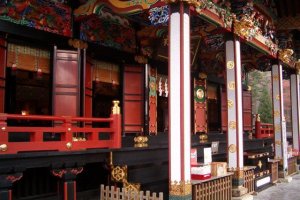 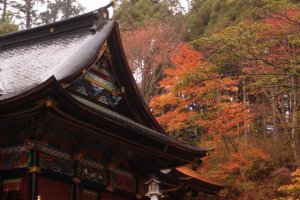 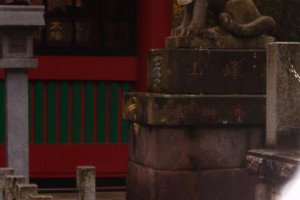 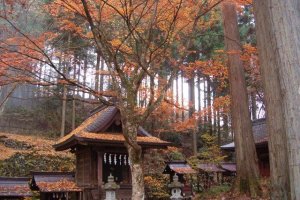 Yuna Gena 3 years ago
i really love the scenes. And yes, the detailed and color of decoration is indeed beautiful. I need to visit this. <3
Reply Show all 0 replies
1 comment in total