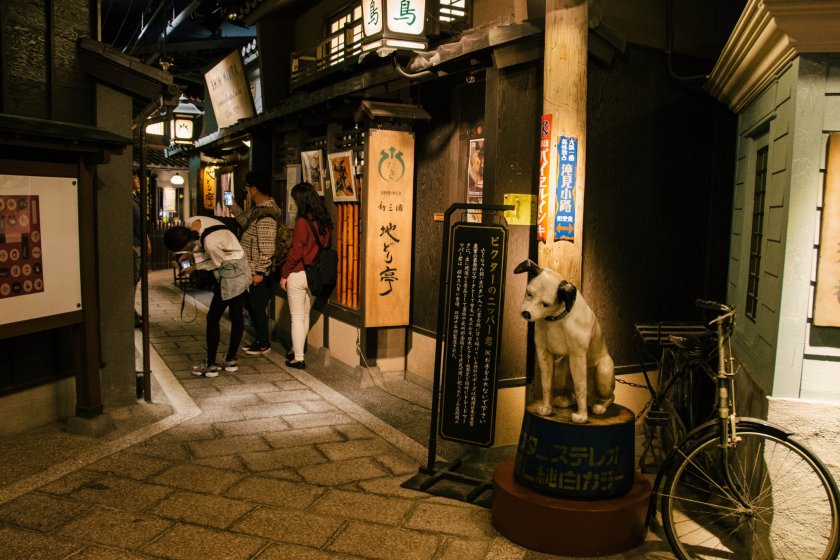 Restaurants with a Taisho Period feel at Umeda

The basement is designed to resemble a village from the 1920s

Great food and restaurants are not hard to find in Osaka since this city is well known for its high quality cuisine ranging from affordable delights to pricey but unforgettable dining experiences. The people even coined the term “Kuidaore” meaning “Eat until you drop” to emphasize how important the culture of food and dining is to Osaka. Tourists might flock straight to Dotonbori to try and dine on famous Osaka “soul food” dishes like Takoyaki (Octopus balls), Okonomiyaki (cabbage based pancakes), and Kushikatsu (fried skewers) but tend to look over at other places to eat, just like Takimi Koji.

Takimi Koji is a gourmet selection of restaurants hidden beneath Osaka’s Umeda Sky Building just walking distance from Osaka Station and Umeda Station. This is one of those places that’s conveniently hidden for you to discover. What makes Takimi Koji a great place to dine is the array of choices, as well as an eat street that is designed to recreate a simple Osaka village from the Taisho period in the 1910's and 20's.

They really have done a great job on making it look like an authentic village from the past. Framed by the dimmed lantern lights, you get the feeling that you’re walking down a narrow alleyway looking for a place to eat at night. From the old Japanese advertising posters outside the restaurants, an old vehicle used for delivering goods to an information booth with an old bike parked beside it, these are all the details from a glorious past.

Whether you feel like eating Indian food or Italian dishes such as pasta with wine, there are restaurants to cater for your desire. There is also a variety of Japanese eateries too, from restaurants specializing in Tempura to Osaka’s famous dish that is Okonomiyaki, to Sushi, Ramen and Udon. There is also a Sake bar and restaurant that stretches along the hallway which looks like a great place to dine and drink various Sake.

Takimi Koji is located on the basement of Umeda Sky Building just a 5 minute walk from JR Osaka station and Umeda station, close to the Westin Hotel. 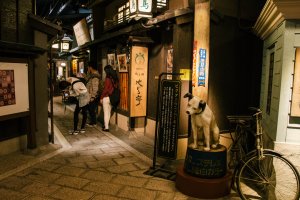 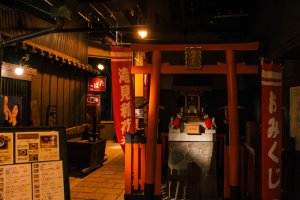 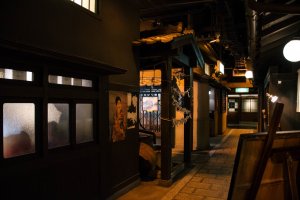 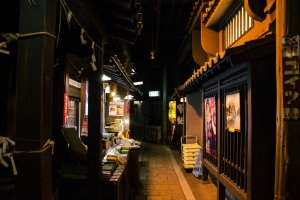 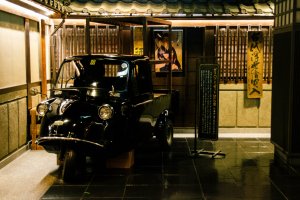 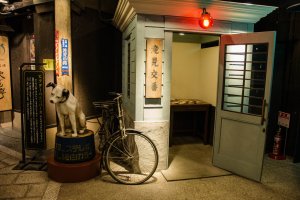 Jeradyne Cheong 4 years ago
This looks very interesting and a little mysterious, hah.
Reply Show all 0 replies
2 comments in total