Japan’s window to the world in the Edo era

A scale model of Dejima

For over two centuries of Tokugawa rule, Japan was essentially cut off from the world. Foreign visitors and ideas were banned by the ruling shoguns and Japanese themselves were forbidden to leave the country. The only official contact with the rest of the world occurred at a tiny island in Nagasaki Harbor called Dejima.

The island of Dejima was initially built in the late 1600s to house the rabble-rousing Portuguese missionaries. A small peninsula of land near Nagasaki Harbor was selected as suitable and canals were dug to cut off the peninsula from the mainland. The new fan-shaped island, measuring a mere 190 meters across, did not house the Portuguese long. A European-backed Christian rebellion in Kyushu in the late 1630s led to the expulsion of the Portuguese. The island soon became home to Dutch traders – although they had stayed fairly neutral in the religious conflicts, the shogun by that point had little trust for any foreigners. Dutch merchants from Hirado were forced onto Dejima, where they and their descendants would live for the next two hundred years.

Dejima today bears little resemblance to the isolated island of long ago. Urban development and land reclamation resulted in the sea around Dejima being filled in. Today, trams stop just outside the west gate of the “island”, where small craft launched from the Dutch ships in the harbor would pull up and unload their goods and supplies. If you enter through this portal, the first section of buildings you’ll come upon is the oldest section, crisp white houses with blue and green trim that date from around the 1820s. A thorough restoration in the early part of this century means the quarters shine like new and house excellent bilingual exhibits, from a small history museum to a photo display on the restoration process. You can also poke your head into rooms like the Chief Factor’s quarters – such a tiny bed! – and the Japanese officials’ office. Don’t miss the kitchen, which showcases a scene from a Christmas dinner in the 19th century.

Further down the paved lane, stone buildings from the late Edo Period replace the more colorful wooden structures. A theater runs continuous films (English translation available) on the history and residents of Dejima while the nearby archaeological exhibit has a sizable display of ceramics and other daily items unearthed in the course of the restoration.

The eastern end of the island is dominated by Taisho-era buildings, most notably the former Protestant Seminary (1878) and the Nagasaki International Club (1903). In the corner of the island, a model of Dejima in miniature gives a great overview of this tiny community.

While so much work has been done on Dejima already, the long-term plan is to return the land to its original state. In the upcoming years, a series of canals is scheduled to be dug and Dejima will become an island once more.

Japan resident for 9 years, with time spent in Okinawa, Kumamoto and Tokyo. 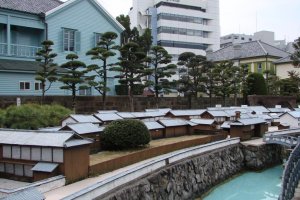 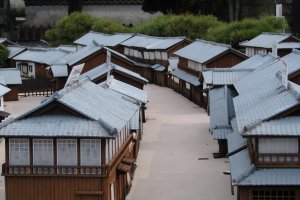 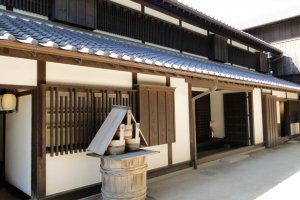 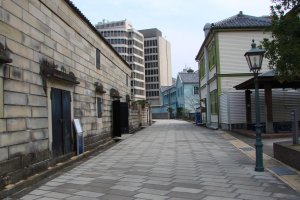 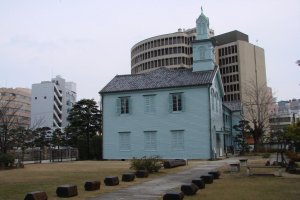 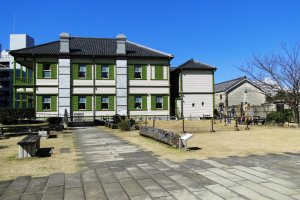 Kim B a year ago
My husband is a history buff and is looking forward to visiting here next month - it was one of the first things he put on our Nagasaki itinerary!
Reply Show all 0 replies

Ines Matos 4 years ago
Great article from Mandy! Can I bug in? He, he, it's just that I found Dejima a great example of a case-study on how japanese culture shows and perceive their own heritage! Actually, the date of the construction of Dejima as an artificial island it's not "late 1600's". From evidence and documents alike we are now sure it was built from 1636 to 1642. The ones supporting all the costs were the japanese merchants from Nagasaki, a group of 25 of them. Of course they weren't happy about all that portuguese and spanish foreigners making all the money so they wanted the settlement to be a kind of gueto. The acceptance towards the namban-jin was declining mostly because of religion and also because the (recently open) path to Filipines meant they were no longer relying on the Namban trade to acquire goods and connect to the world. The spanish traders never really established themselves in Dejima, it just wasn't practical to conduct business from there, and the portuguese did it for just a short period. That doesn't mean they left Japan! Most of the merchants left Dejima with the aim of comming back in a couple of years. Again, we know that because more than 200 women and children were left behind in their houses - they were registred in a census as family of the namban-jin. So, those men didn't fit in Dejima because they were used to live in the city, freely, with their families. Some of them moved to other parts of Japan or to Macau (a portuguese colony). Missionaries though, remained in Japan. They just went "underground", in a cultural phenomenon called "kakure kirishitan". Missionaries visited the christian communities but they were always on the move, never using the main roads and hidding for long periods of time. This lasted for more than 20 years after the first ban on christianity. Turning to Dejima again, it became a place controlled by the Nagasaki local government, an actual part of the system to submit the city to the Bakufu. The Dutch had to go every once in a wile to the office of Nagasaki further into the mainland, were we have the Museum of History and Culture now. There they would present the report of trade and everyday activities. State Bureaucracy was catching up to modern Japan... The present Day Dejima is a complete reconstruction. Nothing there is what the western culture calls "historical remains". This is something that doesn't diminish the value of the place (at all!) but needs to be clarified since in Japan that's not always evident. From late 60's onwards historians, archeologists and cultural heritage professionals were aiming at bringing Dejima back to life, but the terrain was so troublesome that it took a long time to make it safe for the "theme park" it is today. The level of the 16th century was never reached because the sediment isn't stable enough so they just dig a bit until the 18th century level. Even so, some Dutch pipes were found and it was possible to understand the outline of the houses and streets. So Dejima was built from that information and with the purpose of bringing back to live the "general image" of it's 18th century outline. A great website of Dejima in english does exist and you can "travel" in there for as long as you wish. Have fun with japanese history: http://www.city.nagasaki.lg.jp/dejima/en/
Reply Show all 0 replies
2 comments in total