No disqualification fun at a reasonable price

A 350 year old sake shop, a transgender Las Vegas style dance show, and cow tongue, I didn't think there was much that could surprise me anymore in Sendai's Kokubuncho. However, as the entertainment district is packed with over 2,700 bars and restaurants, I was naive to think I found all its hidden treasures. One more treasure to add to my list is "GOLD", a pro-wrestling themed bar that has been in business for nearly a decade.

Tucked away on one of the less frequented side streets steps away from Jozenji-dori Avenue, a pro-wrestling poster and English writing welcome guests up the stairs to the bar entrance on the second floor of the Versailles Building. Step inside to a futuristic fun hall, decked out in laser lights and wrestling paraphernalia everywhere you look. Three monitors playing wrestling shows ensure you have a view wherever you are seated. The staff have most shows recorded, so do ask if you want an instant reply of a body slam. Bar and table seating means this place is big enough for parties and to do special events. Otherwise, fans come in ones, twos, and threes to talk wrestling, often until the early morning hours. Overall, the bar felt welcoming and not cluttered or exclusive. However, word of warning that the bathroom is only lit by a rainbow disco light show!

Despite me knowing little more than what I picked up viewing the local pro-wrestling groups Sendai Girls' and Michinoku Pro Wrestling, the staff instantly made me feel at home. More customers began arriving as I was still on my first beer. I found everyone easy going and we quickly bonded by our interests in wrestling. Customers aged between 20s and 40s. Pro-wrestling has many female fans in Japan, so don't expect to only find men here. In fact, the owner boasts that 8 couples were formed and 2 of those couples have married thanks to the bar and the friendly community it encourages. The bar is not just for those curious or passionate about wrestling, but for the superstars themselves! Do make sure to visit evenings local wrestling shows are held in Sendai as it is common for wrestlers to stop by and chat up fans face-to-face while recovering from thier matches.

Gold does not rely on its theme alone to keep customers coming back. That would not be possible without the great drink selection and bounty of delicious foods. Beer, whisky, brandy, 70 types of cocktails, shochu, original drinks, and luxury champagnes are on hand. Drinks are 500-800 yen, or opt for an all you can drink option for 3000-3500yen. For bar food, the cuisine is tasty with a focus on carbs, meats, and fried food, supposedly to power-up. Pasta, omelette rice, ramen, French fries, grilled squid, yakisoba, sausage, and more all have a homemade taste when served hot from the grill.. Although not the healthiest dining options, none of the food was greasy or too heavy, and portion sizes were good. Food costs 300-800 yen.

Gold is perfect for the die-hard pro-wrestling fan or the curious traveler wanting to catch a glimpse at an often ignored subculture of Japan. Overall a unique yet relaxing experience that deserves more than a one time visit thanks to its open atmoshpere, reasonalble prices, and extensive drink and food menu.

Gold is open 20:00-06:00 every night except Sundays. It is recommended to call ahead if visiting on a holiday.

Justin Velgus (ジャスティン ベルガス) is a long-term resident and promoter in the Tohoku region. He has been a content producer for JapanTravel.com since 2012 and was the Miyagi Prefecture Regional Partner 2013-2015. Justin’s over 300 published travel and culture articles come from a background of studying in Akita, teaching English in Miyagi through the JET Program, and working for the government in Fukushima. He lives in the gyutan capital of the world, Sendai.   Justin is an expert in local culture and history. He was the first foreign volunteer at Sendai City Museum and regularly advises the local volunteer guide group GOZAIN , which he is a veteran member, on guiding techniques and hidden locations in the city even locals don't know about. In his free time he enjoys delivering original walking tours, such as his Dark Sendai Tour (ghost tour) or Kokubuncho Mystery Tour (redlight district tour). Justin is also a Certified Sake Professional. 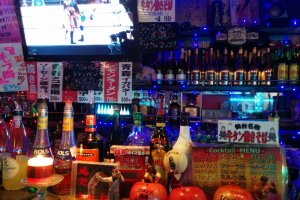 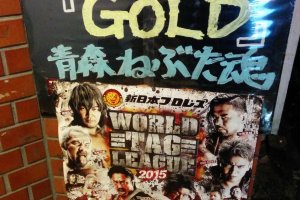 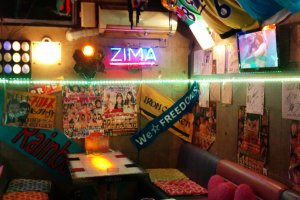 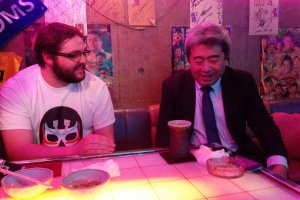 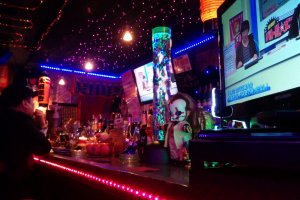 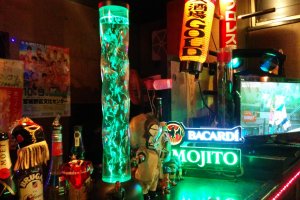 Justin Velgus Author 3 years ago
Thank you! I think many travelers forget that there is much more to Japan than the "Japan Experience". I like sharing well-known and...more interesting.. locations!
Reply
2 comments in total