A Mikimoto kind of town

I think of Futami as a Mikimoto kind of town. Some towns are like pearls in an oyster. You need to prise them open to discover the pearl. The pearl is of course only guaranteed with a Mikimoto type oyster. At Futami in Mie, I found a few pearls.

The automated train station at Futami-no-ura was not a promising start. There was no one and nothing there. But I ponied up and set off to explore.

I began on the street that led from the station.

An open door in a traditional, black wood shop was the first sign of life. It was selling everything and anything that could cut. Scissors, swords, knives, blades, lethal looking meat pounders. The lady there told me the family owned shop, Norimune, was 120 years old.

There were other shops like this, not newly renovated to look old, but the real McCoy, giving that street a feel of untouched history. Things were looking up.

The fun began when I rounded the corner and found the sea, piles and piles of foaming and cascading waves. The sound itself was terrific, created when the waves crashed upon the seashore and against the stone barricades. As I tottered about against the strong winds, it was truly me Against The Wind (Bob Seger’s song).

Scenic calm came from a slim avenue of Japanese pine and cypress trees in between the sea walk and traditional ryokan hotels.

The wind and sea seemed wilder as I approached the 'Married Rocks' of Meoto Iwa, the Loved One-And-Loved One Rocks. The water was whirling and swirling around the rocks and "raining" down on our walkway. A few people even held umbrellas. What fun!

The rocks are quite dramatic, one bigger, one smaller. No prizes for guessing which one is the wife, whether politically correct or not. Only the husband has a small torii on top of his head. A thick braid of straw rope weighing a ton– shimenawa– ties the two together. I did notice the rope around the wife seemed a bit loose and only went around her head.

The rocks, a long time Shinto symbol of the union of marriage, bless all romantic aspirations and marriages. I thought it might also bless any relationship, parents and children, friendships.

What I found touching were the old couples holding each other close to take a photograph.

Just near the rocks is the Futami Okitama Shrine. I had noticed many stone frogs as I was walking along, more profuse as I neared the rocky pair. At the shrine, people were ladling or splashing water over a green stone frog. No, not the Frog Prince to be kissed, but - the 'Frog of Fulfilled Prayers'. I learnt later the frogs are messengers from a god and grant wishes, especially to bring back people or things. I wish I had known.

I proceeded to Mount Otonashi, which means 'no sound'. Indeed, I had the hill all to myself. Blossoming sakura hung over me and my walking trail. The path was also covered with the pink frosting of fallen petals. Right at the summit is a mini-torii shrine with a great view.

The trail I followed came out just where the station was, shaped like the rocky pair. I decided to happily skip the tourist Shopping Street. My fun day at Futami had ended.

I went to Futami-no-ura Station direct from Iseshi Station on the JR Sangu Line for Toba. It cost Y210 each way and took about 11 minutes. Intervals between trains both ways is about an hour.

Best check Hyperdia to find out train times. There a several trains with different ticket prices. Make sure you board the right one.

For this trip they didn’t accept ICOCA.

I am a senior citizen lone traveller who loves being in Japan. I see places by walking, using public transport, staying at budget hotels. 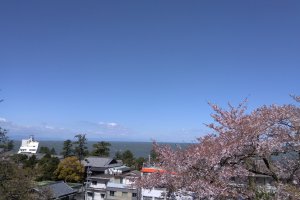 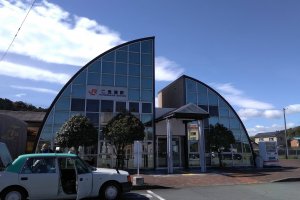 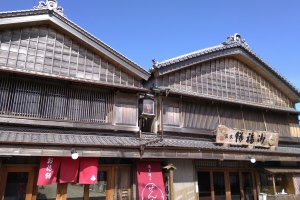 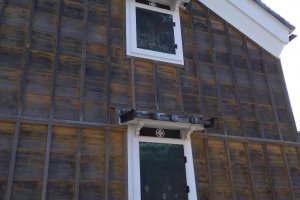 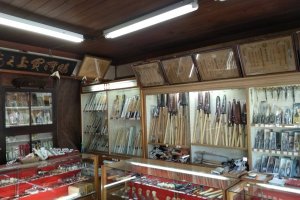 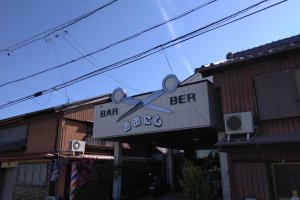 Sleiman Azizi a year ago
Lovely. It's hard to imagine a rope weighing 1000 kgs.
Reply Show all 0 replies

Kim B a year ago
Definitely looks like there are quite a few pearls here!
Reply Show all 0 replies
2 comments in total