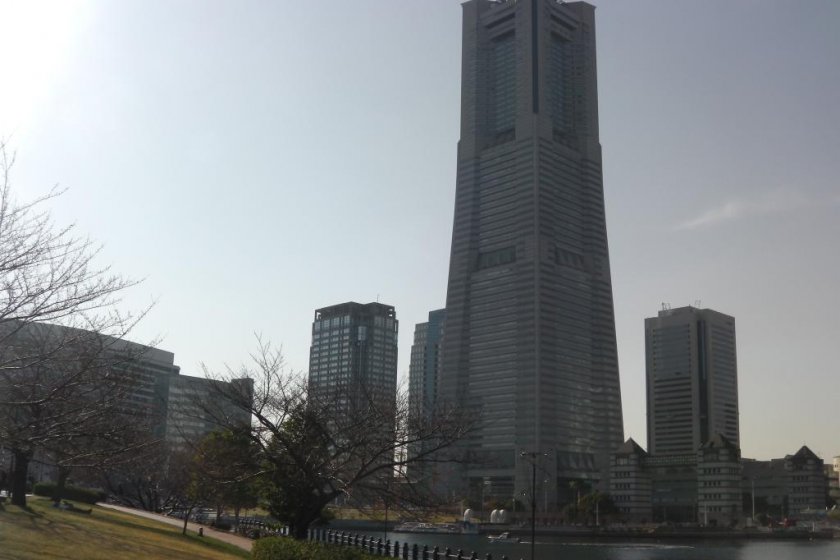 Towering over the other buildings

Yokohama’s Minato Mirai 21 district is one of the most beautiful skylines I’ve seen, particularly at night, and at its center is the Yokohama Landmark Tower. Officially Japan’s tallest building (for now), the Landmark Tower is an enormous skyscraper that is home to a beautiful observation deck, a 5-star hotel, and the second-fastest elevators in the world.

The building stands at a height of 296.3 meters (972 feet), and is, for the record, the tallest building in Japan (Tokyo Skytree and Tokyo Tower, both of which are taller, do not technically qualify as buildings). Its 392,885 square meters of floorspace over 70 floors up into the sky and 3 floors down into the basement include shops, restaurants, and offices. The Yokohama Royal Park Hotel, a 5-star place to rest your head, makes up the top portion of the building.

The true appeal, however, is the Sky Garden, a 360-degree observation deck on the building’s 69th floor. For ¥1,000 (discounts for children and seniors), visitors get access to stunning views of the area. The Minato Mirai area itself is worth seeing from a unique vantage point, but the height of the tower allows for views of all of Yokohama, most of Tokyo, many of the region’s farther mountains, and even Mt. Fuji. Of course, the weather and atmosphere has a lot to do with just how far you can see – on a mid-afternoon in the middle of March, the major features of Tokyo were visible (Roppongi Hills, Tokyo Tower), and some of the nearer mountain sets, but the rest was lost in the haze. Sunrise or sunset would be best, as would the winter season, for the clearest results. Even with the somewhat limited visibility, the view was still spectacular and very much worth the trip for. The observation floor also contains a gift shop with bottles of water shaped like Landmark Tower, a caricature-drawing shop, and a café with big, cushy chairs near the picture windows.

To get to the Sky Garden, visitors get to ride on the Landmark Tower’s uber-fast elevators. They were constructed as the world’s fastest, and reach speeds of 45 km/h (28 mph), or 12.5 meters per second (41 feet per second). It takes about 40 seconds to reach the Sky Garden on the 69th floor. Since their construction, the elevators have lost their title of “World’s Fastest” to the elevators included in Taiwan’s Taipei 101 building in 2004.

The Landmark Tower will also lose its title as Japan’s tallest building as of 2014, which is when Osaka’s Abeno Harukas skyscraper in the Abenobashi Terminal Building facility is scheduled for completion. The skyscraper will be 300 meters tall, just taller than Yokohama’s signature building.

The Yokohama Landmark Tower is just a few minutes’ walk from Sakuragicho Station (JR Keihin-Tohoku, JR Negishi, and JR Yokohama Lines, and Yokohama City Subway’s Blue Line). There is an elevated walkway with a moving sidewalk that leads directly to the building from the station. 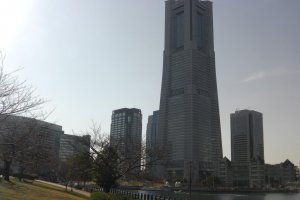 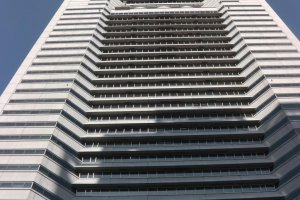 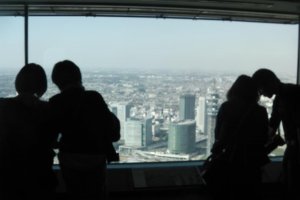 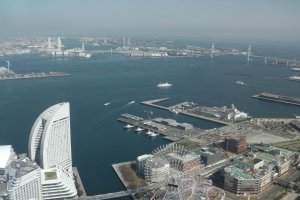 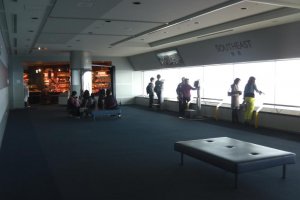 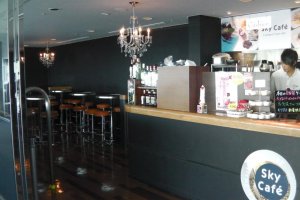