Must-see spots other than the Ghibli Museum

But what’s next for those who have already seen it all?

While we all wait in anticipation for the Ghibli Park to open in 2022, consider these top 10 alternative Ghibli spots that will take you on a new journey across Japan.

Take a trip out to Miyazaki to visit this picturesque Totoro statue near Yunomoto Onsen. Unlike the statue that greets visitors to the museum, this Totoro statue stands among the rice fields and mountains of the countryside. Bring along an umbrella for the perfect photo opportunity. Make the most out of your trip by visiting nearby Yunomoto Onsen and explore Miyazaki City.

For thrill seekers, hop aboard a seaplane for a bird’s eye view of the Setouchi Inland Sea in Onomichi, Hiroshima. Setouchi Seaplanes collaborated with film producer Toshio Suzuki and Director Hayao Miyazaki to design an aircraft resembling the iconic red plane from "Porco Rosso". Produced under Miyazaki's supervision, the ride is likely the closest you’ll get to flying in the "real" Porco Rosso plane.

From September to October, head down to Takeda Castle in Asago City to witness a castle in the sky. In autumn, a sea of clouds (unkai) forms around the castle atop a 353-metre tall mountain. This beautiful sight around the castle makes it appear to be floating, much like in "Laputa - Castle in the Sky". Note the Takeda Castle Ruins are closed until the end of February 2020. Opening hours vary depending on the season.

Journey to Tomogashima Island and step into the castle in the sky. The island was originally used as a military base during World War II and its now ivy-covered interior has since attracted many "Laputa" fans from around the world. The unique redbrick ruins and abandoned gun platforms give the ruins an eerie yet mystical atmosphere. Tomogashima island can be visited on a day trip from Osaka.

Travel to Sayama Hills in Saitama prefecture to see where Director Hayao Miyazaki grew up. The lush green forest is said to have been the inspiration for the forest in "My Neighbour Totoro", and has been nicknamed, 'Totoro Forest.' Within the forest is Kurosuke’s House built and managed by the Totoro Fund which is a foundation created to save the area’s forests from development. Take a look into the house and don’t forget to visit the life-sized Totoro sitting inside! Kurosuke’s House is only open to visitors between 10 am to 3 pm on Tuesday, Wednesday and Saturday.

Though not technically a Ghibli spot, Sado Island offers fans a chance to feel like Chihiro (Spirited Away) when riding a tarai bune in the water. Tarai bune are oval, barrel-like tub boats rowed using a single paddle. Traditionally used for fishing, the boats can now only be found on Sado Island. Even non-fans will enjoy the unique experience of riding a tarai bune through the crystal clear waters of Ogi creek in Niigata.

True fans of the film studio can make their way to the suburb of Koganei, Tokyo to visit the Studio Ghibli office. Take in the sights along the way, as many Studio Ghibli staff walked these same paths. Being a working office, readers should note it is not open to visitors. However, feel free to take proof-shots of the building and “Studio Ghibli” sign among the shrubbery.

Continue exploring Koganei by heading to the Edo-Tokyo Open Air Architectural Museum. The traditional buildings were preserved from the Edo and post-World War II periods. "Spirited Away" fans will recognise these streets as the ones Chihiro walked through when she entered the spirit world. Peek into the Meiji-era stationery store in the East Zone for a familiar sight - the store resembles Kamaji’s room from the movie.

Located in the mountains of Gunma, Shima Onsen is said to resemble the bathhouse from “Spirited Away”. The iconic red bridge (Keiun-bashi) outside the bathhouse will remind fans of the bridge that Chihiro walked to get into Aburaya. Visit nearby Shima Seiryu no Yu and end your day by relaxing in the baths of Sekizenkan Honkan.

For those heading north to Hokkaido, Seibien Gardens in Aomori is said to be the inspiration for the garden in "The Secret World of Arietty". The eye-catching Seibien structure incorporates a Japanese sukiya style on the first floor and a Western Renaissance style on the second. Studio Ghibli employees apparently visited the Seibien in 2008, and used it as the model for the house in the film.

With each passing year, fans around the world discover (or create) more Ghibli-inspired spots in Japan. As the Ghibli Park is set to open in 2022 in Aichi, fans of the studio are sure to be entertained for many more years to come but if you’re looking to kickstart your Ghibli pilgrimage, try the above ten spots or check out our original Top 10 Studio Ghibli places in Japan list!

A Singaporean currently living in Tokyo. 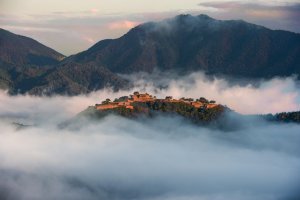 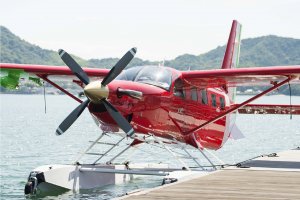 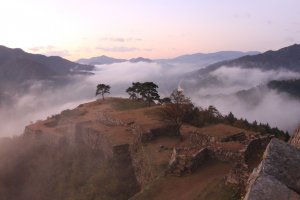 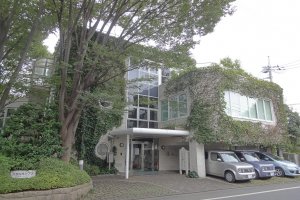 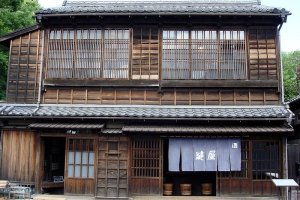 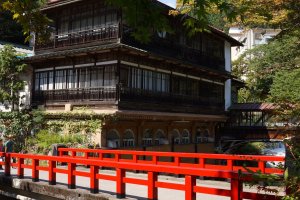 Questions about this Article?

Peter Sidell a month ago
Very nice list! A shout out also to Shiratani Unsuikyo, the forest on Yakushima that inspired the one in Mononoke

Sherilyn Siy a month ago
What a great list. I'd love to see the Tomogashima Island Ruins and the Takeda Castle. And riding on a Tarai bune looks like fun.
Reply Show all 0 replies

Kim B a month ago
Lots of cool places on the list!
Reply Show all 0 replies

Elizabeth S a month ago
Edo-Tokyo Open Air Architectural Museum is one of my favorite places to see the inspiration for Ghibli animation. The Tokyo Toden street car that carries Chihiro over the water is there in the museum too. So spooky!
Reply Show all 0 replies